The Quarry is a New Horror Game from Supermassive, Coming This Summer 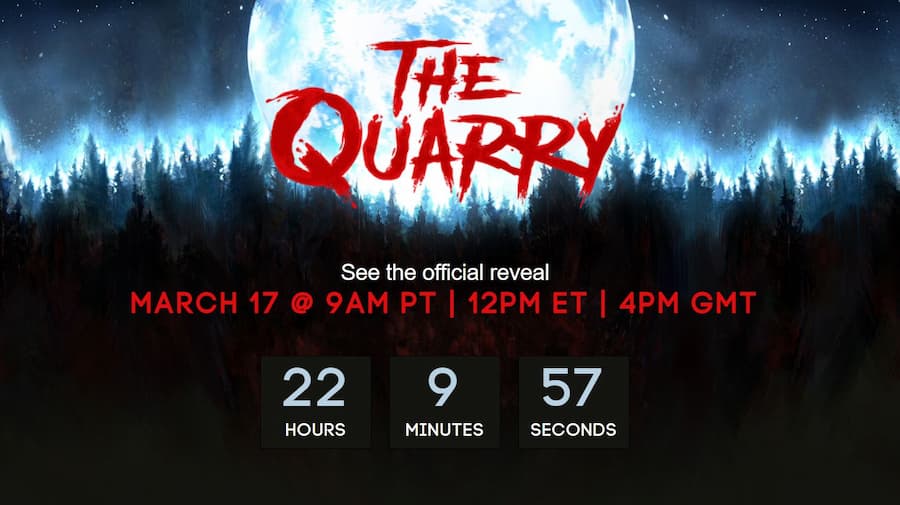 Supermassive Video games, the group behind Till Daybreak and The Darkish Photos Anthology, is engaged on one thing utterly new: The Quarry.

Info on The Quarry is, to date, scarce. We gained’t have to attend lengthy to seek out out extra although, as a full reveal is coming tomorrow at 4pm GMT. We already realize it’s coming this summer season, and it’s being revealed by 2K. Sure, that 2K. It’s a bizarre selection, however no matter. And we’re completely excited to see one thing new from Supermassive Video games.

From the brief teaser trailer uploaded to Twitter, which you’ll be able to watch under, it appears very very like it’ll be in the identical vein as Supermassive’s different video games: largely story-driven with an emphasis on characters and narrative. We’re completely fantastic with that: Till Daybreak is a basic masterpiece, and we’ve very a lot loved many of the Darkish Photos Anthology to date – notably Home of Ashes.

The 50-second teaser doesn’t present any characters’ faces, however we hear a dialog enjoying out. It appears a police officer has pulled over a automotive crammed with younger adults making their solution to a summer season camp, the place they’re imagined to be working as counsellors. However it appears the officer has different concepts.

We don’t need to assume, however we’re getting distinct werewolf vibes from The Quarry‘s artwork: the ful moon, the forest setting, the bloody, claw-like font for the emblem. And if it is werewolves – we’re completely right here for that.